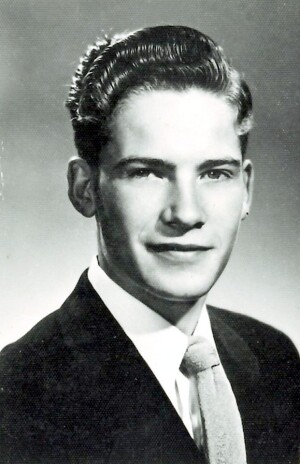 Don was a loving husband and father. Don was married to Annette for 57 years. He was a hard worker and never knew a stranger.

Don was born and raised on a farm in Missouri. He was one of seven children. The family was extremely poor growing up in a house with a dirt floor. His upbringing made him a hard worker and the urge to strive to make himself better. As a high school student, he trained and showed horses and the money went to support his family. He had a love for animals and could even win over an animal that bit him. He was told that if he came west, he could be a millionaire working in the fruit industry. So, he jumped on the Greyhound bus by himself after graduating from high school.

He found out that the fruit industry did not live up to his expectations and then worked for a gas station pumping gas on the graveyard shift. After that he went to work for Boeing Aircraft in the Seattle area. Then he went to work for the Bon Marche (now Macys) in Seattle in sales and fell in love with helping and talking to people. He transferred with the Bon Marche to Boise and lived in the area for 57 years. After working for the Bon Marche, he worked for Sears for ten years selling appliances. After Sears, Don and Annette were entrepreneurs including: building and running a townhouse complex, building and starting up the Meridian School of Beauty, building an irrigation pipe making business, started an RV lot and sold RV’s in Arizona in the winters, then they built and ran an industrial park in Eagle and in Meridian.

He loved anything to do with the outdoors whether it be in the mountains or at the ocean. He enjoyed searching for sea shells, camping, hiking, hunting, and fishing. He loved kids and people. Don liked his toys such as motorcycles, snowmobiles, boats and golf carts. Between Don and Annette, they have eight children, (six boys and two girls) and five grandchildren. He loved helping people and would give his shirt off his back. When first meeting him, people would ask him “Where did you grow up?” in reference to his accent. Most people guessed it to be from the northeast instead of Missouri.

Don and Annette were involved in the Pacific Northwest Motorhome club and he enjoyed helping in the transportation and organization of the big gatherings. Don and Annette were even involved in a square dancing group for a few years in Boise. He tried golfing and loved being outdoors but instead of golfing, he would rather search for lost balls in the pond and in the rough.

First thing that he built was a doghouse and then he watched it fall down. With the knowledge that he gained, along with Annette and kids, he built a cabin at Smith’s Ferry (north of Boise). That cabin is still standing to this day. Down the road, they all built a second cabin at Terrace Lakes (north of Boise) and then built a beach house at Newport, Oregon.

Don and Annette were good partners in business and in life. He will be missed dearly.