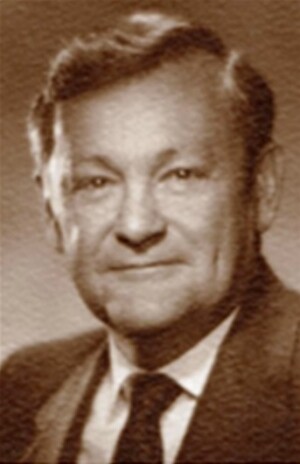 Donald Joseph Luette was born on September 27, 1937, in Baltimore, Maryland to Melvin and Catherine Luette. He was the middle brother to Melvin Jr. and Ronnie Luette.

Don graduated from Baltimore City College. He played the trumpet in a dance band and a Drum & Bugle Corps performing at various venues throughout Baltimore.

He enlisted in the US Army in 1954 and trained as a specialist in Soviet morse code intercept. Don was a member of the Army Security Agency and stationed at the NSA in Fort Meade, Maryland.

His enlistment ended in 1958 and he began a lifelong career in finance with General Acceptance Corporation (GAC) and later Sebrite. He worked with loans, compliance and credit management. Occasionally there were family outings in the evening when Marian and the girls would drop him off to repossess a car. They would make sure he was able to start it and then pick him up. The family moved frequently over the next few years, living in Fort Lauderdale, Florida, Allentown, Pennsylvania, and Manchester, New Hampshire.

He moved the family west to Lewiston, Idaho in 1970 and then later settled in Boise where he began a distinguished career in banking. He retired as Senior Vice President of Special Assets for US Bank. Not content to just play golf, he started his own consulting company performing audits and evaluating credit lines for banks and credit unions in the Northwest. After consulting with Syringa Bank, they requested that he join them permanently and he worked there until they were acquired by Sun West after which he retired again.

Don was an avid golfer, bowler, and competitive racquetball player. He could stand in the center of the court and drive his opponents around the court. It was all the more entertaining for him to win when they were 20 years his junior. Don and Marian loved to travel. They cruised Alaska, Panama, Canada/East US coast, Caribbean, and toured through Europe.

Don was a strong man with deep faith and love. He left us with many memories and a legacy of love.

Don is survived by his wife Marian; daughters Mary and son-in-law Dennis Ellison, Teresa and son-in-law Gene Brown, and Margaret; grandchildren Patrick and (Jessica) Ellison, Katie Ellison, Meagan (Philip) Heard, and Brooke Luette; and two great-grandchildren, AJ Ellison and Tyler Marero. He was preceded in death by his parents, brothers, and daughter Ann. Don was a member of St. Mark's Catholic Church and the Knights of Columbus.

The family request in lieu of flowers to donate to St. Mark’s School, 7503 W Northview, Boise, Idaho 83704 or the charity of your choice.