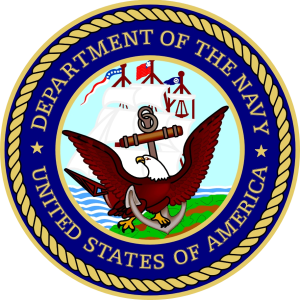 Garrett Henry Acuff was born in Powell, Tennessee on July 21, 1926. He was schooled in Powell and farm raised. The summer he was 18, we were in WW2. Garrett knew he would be drafted and so enlisted in the Navy. He got his GED in San Diego along with his Cooks & Bakers training. He served two years on Samar in the Philippines. He arrived 17 days before the atomic bomb was dropped, so he did not see "action." When the troops started returning (by the thousands) there were many skilled cooks and so they didn't need him. He went to the Chaplain and asked what he could do to help, then was given the assignment to get a truck from the motor pool, some lunches from the mess cooks, and take the men on a tour around the island. He helped build a photo shop, a library, and baseball fields. He never got to bake bread in mud ovens on the beach as he was taught in C & B school!

On the return home, Garrett stopped to see an aunt and uncle in Grand Junction, Colorado. They took a side trip to Craig, Colorado to visit a cousin, which is where he met his wife of 48 years and the mother of his two sons. He and Beth (Elizabeth Kline) were married on Christmas Day in 1946. They both enrolled in Denver Bible College. Beth became seriously ill, so they returned to Craig so her sister Mary could care for her and Garrett was hired on as a farm hand. Their two sons, Richard and Kenneth, were born on the ranch. Garrett was always looking ahead, so he sold their property in Craig, Colorado and loaded up the family and the necessities in his pickup and headed out to Idaho. His brother-in-law was already there and they could buy a farm. They actually lived in a chicken coop for a few days and nights. Garrett went to work as a sharecropper. Soon they had the money needed to put down and bought a farm on Deer Flat and Happy Valley Road. The boys graduated from Nampa High and headed out for their chosen careers. Dairy and corn are not the greatest money makers, so Garrett went to appliance school to supplement his income. Soon, he had opportunities to apprentice in other trades, opened his own appliance store in McCall, Idaho and served people there for 11 years. They moved to Boise, Idaho for new job opportunities.

We were business associates and Beth and I (Jo) became friends. Garrett and Beth had the opportunity through a friend to help their son Ken and daughter-in-law Pam adopt a child. During this same period, Richard (Rick) was diagnosed with a terminal illness and went home to be with the Lord in 1990. God carried the family through some heart wrenching times as Beth's cancer was aggressive, taking her home in June of 1994. Ken and Pam saw Dad's need for social connection and took him to business meetings where they knew he had friends. He was also recovering from his first rotator cuff surgery, so he could not drive. At that meeting, he met Beth's friend Jo, now a widow. Long story short, it was a God thing and they married in November of 1994.

"Garrett's Repair Service" was known in the Treasure Valley all the way from Riggins to Weiser. He added #14 trade to his experience as a certified locksmith. He "retired" in 2010 and moved back to Nampa, Idaho, not to "farm" but to his greatest joy, being ordained as a deacon in his church. He also served in the Red Cross as a volunteer in "Jennifer" which was the one before "Katrina" and continued to serve in many skills in the Treasure Valley Disaster Relief Team. He and Jo were coordinators and trainers for the North Idaho area, and then as Treasure Valley coordinators for disaster prepared classes.

His hobbies were fishing, puzzles, fishing, hunting, and anything he could do with his hands, and more fishing. He worked with many real estate agents and property management companies. He sang in church with all his heart singing many "specials" of those you hear today. He was a compelling story teller, and the stories he told were his own life experiences with a funny twist. His special brand of "CORN."

The family asks that no flowers be sent, please send donations to the Gideon’s in Garrett's name, or to the Boise Rescue Mission.

A memorial service will be held at 2PM on Sunday, May 15, 2022 at the West Valley Baptist Church in Nampa, Idaho. The service will be webcast on the church’s YouTube channel.