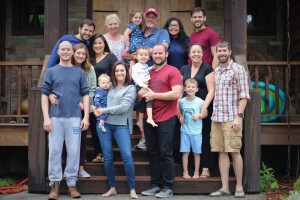 Jack was born October 21st, 1958, in Richland, Washington to Leona Mae O’Daniel and Jack Raymond Snyder. He was raised in Washington with his brother, Doug. He graduated from Mark Morris High School in 1977 and continued his education in Jackson, Mississippi at Jackson College of Ministries, graduating in 1980. He met his wife Patti as a child while attending his late father-in-law’s church. They courted as teenagers and were married on June 14th, 1980, in Caldwell, Idaho. He was preceded in death by his younger brother, Douglas Snyder. He is survived by his parents Leona O’Daniel (husband Dieter) and Jack Snyder (wife Linda). Jack is survived by his brother John and step-sisters Amanda and Jennifer. Jack is survived by his beloved wife Patti and four children: Shannon Blake (husband Kiley), Eric Snyder (wife Erin), Joel Snyder (wife Lorraine), and Taylor Snyder (wife Dari). He was the proud Papa, maybe the proudest, to six grandchildren: Lincoln, Ashby, Indy, Wesley, Millie, and Jack.

Jack spent nearly his entire career in the insurance field of business. He started his career at Safeco in downtown Seattle, Washington and then transferred to Orlando, Florida. In 1991, he began work at Lincoln Financial Group in Indiana. In 1999, Jack conquered Hodgkins Lymphoma and felt led to move his family to Apopka, Florida. He started a sod business with a friend while there. He returned to the insurance industry and worked for Alliance Underwriters in Lake Mary, Florida. He began work at Summit Reinsurance Services out of Fort Wayne, Indiana in 2011, working from his home. In 2014, he and Patti moved to Idaho where he continued this work. Every company that Jack worked for benefited from his depth of expertise in the business, his gift of relationship building, and his dedication to mentoring. He was a key factor in the success of each company. Every hard task was lightened by his cheerful disposition and laughter. Jack’s compassion and sincere interest in each person he met has left a huge trail of people who loved him deeply.

Jack was an active member of the church in each of his residences. He was a respected leader and volunteer in the congregation and especially loved working in the Sunday School ministry. He was passionate about studying the Word of God and teaching his children to apply it to their lives. He is described by those who love him as kind, steadfast, and above all else, generous and honorable.

Jack was simply the best husband, father, and Papa to his family. His priority first and foremost was to Patti. As teenagers she was the “apple of his eye,” and he did his best make sure she knew that. . Jack loved spending time with father, especially riding motorcycles together. Jack was also a devoted son to his mother. Jack always went the extra mile in helping her care for his younger brother, tend to her home, and regularly made the drive to the Tri-Cities just to check in on her.

In his leisure time, Jack loved to spend time golfing with his sons and his friends. Jack was an avid sports fan, fantasy football champion, and a passionate follower of the Indianapolis Colts and Seattle Seahawks and the PGA Tour. He made everyone laugh with Elvis Presley impersonations, dad jokes, singing songs that no one else knew, and sneezing loud enough to shake the house (repeatedly). Above all, Jack was happiest with his children and grandchildren. He loved to share his interests with them and participate in theirs. His big, appreciative laugh will always echo in their hearts.

Jack was a regular donor to H.O.M.E. International, an orphanage in Guatemala. Donations in his memory are appreciated.