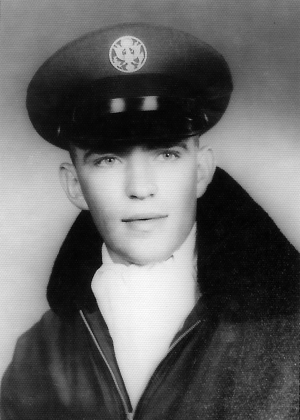 Larry Lee Wheelock passed away peacefully at his home in Boise, Idaho on October 2nd, 2021.

Larry, son of Louesa and Fon Wheelock, was born on April 20th, 1945 in Pocatello, Idaho. Larry grew up in a large household where he and his brother, Dennis, and sister, Debbie, were raised alongside their aunt and seven uncles. With such a large family, hunting and fishing were often as much a necessity as recreation; so, at a young age, Larry began to develop the knowledge and skills that would become a lifelong love and reverence for the Idaho wilderness. Being part of such a large and dynamic family also instilled within him a deep sense of loyalty and fierce protectiveness of those he loved, traits that he would carry into adulthood to become well evidenced when he became a husband and father.
Larry joined the Air Force at the age of 17 and, upon completion of basic training, was stationed at Mountain Home Air Force Base, Idaho. On September 12th, 1964, Larry married the love of his life, Marsha, in her parent’s home in Boise, Idaho. Shortly after their marriage, Larry was deployed to Viet Nam where he was stationed at Tan Son Nhut Air Base in Saigon. Upon completion of his tour of duty, Larry was honorably discharged and returned home to Boise to be with his wife. During the next few years Larry and Marsha began to build their new life together and in June of 1968 they were blessed with their first child, Scott. Determined to provide the best life they could for their son, Larry and Marsha worked diligently and saved to build their forever home in 1974. In the years that followed, Larry and Marsha opened their home and hearts to 24 more children as part Idaho’s Foster Parent program, and in February of 1975 they refused to give one of those children back to the state and adopted their youngest son, Gary.

Larry had several jobs from the time he left the service until he found his career. Service station attendant, mechanic, sheet metal fabricator, warehouse forklift operator, none of these jobs really seemed to be anything more than a way to make money to him. Then, one day in the early 70’s, while working as a mechanic for Boise Winnemucca Stage Lines, he was asked if he could drive a bus. He said yes and was sent to take a replacement bus for one that had broken down. Larry had found his groove and never looked back. By the mid 1980’s Larry had already received an award for three million accident free miles driven and he certainly accumulated several million more during a lifelong career of driving commercial charters, international tours, and locally scheduled runs. His favorite jobs were spending the summers driving tours through Yellowstone and Teton National Parks, but his favorite part of the job meeting new people and travelling to new places. The biggest thing Larry disliked about his work was the time spent away from his family, and he would find any excuse to bring them along or have them rendezvous with him along the way.

A skilled marksman and avid outdoorsman, Larry loved nothing more than spending time with family and friends in the mountains. But these were not his only interests in life. Through the years he also enjoyed dirt bike riding, playing pool and cards, reloading ammunition, wood working, listening to music, and watching movies, especially westerns. By far, his favorite pastime was reading, and it was not uncommon to find him asleep with a book on his nose.

Larry is survived by his wife, Marsha; his son and daughter, Scott and Juli; his grand-sons, Hawke and Asher; his brother, Dennis; his sister, Debbie; and many dearly loved family members and friends.
Larry was preceded in death by his parents, Louesa and Fon; his son, Gary; his nephew, Jason; and far too many family and friends to name here.

Services will be held at the Cloverdale Funeral Home in Boise, Idaho on Saturday, October 16th at 3pm
Rest easy, Papa, you stand relieved by those you have trained, guided, loved and led. Your sons have the watch from here.