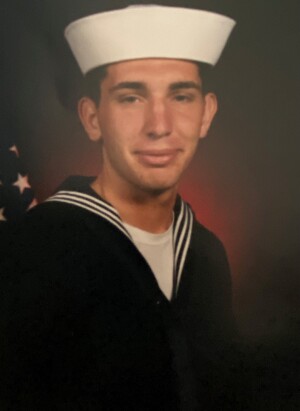 At the age of 17 Scott enlisted in the Navy where he would serve for the next nine years. He trained as a Corpsman during Operation Desert Storm, and was honorably discharged in 1994.

In August 1988 while working at K-Mart he met his future wife Michelle Mack, he passionately pursued her. Determined to make an impression, he looked her up in the phone book and then went to her father’s station to ask her on their first date, a true act of love at first sight.

On March 4th,1989 Scott and Michelle became husband and wife and later that year in August they welcomed their son, Travis. A few short years later in 1993, their beautiful daughter Kricket was born. Scott supported his children in all things they did. He coached Travis in football, Kricket in soccer, and everything else in between; a true family man.

Scott was welcomed in heaven by his younger brother Ronnie, his grandmother Elizabeth, and father-in-law Edward Mack.

Scott was employed at the State of Idaho Veterans Home for 12 years where he was able to serve those who put so much on the line for our country. He had such a kind heart and the upmost respect for those that served our country and enjoyed hearing about their experiences and stories.

Scott’s first impression could be quite intimidating, he had a large stature and a unique sense of humor; but if you got to know him, you’d see how big his heart really was.

We honor Scott by living every moment like it’s our last. Scott was taken away from us far too soon, and his passing just goes to show how precious life is. We know this is not goodbye but a see you later.

Services are pending at this moment, please check back later for date and time updates.

Your browser does not support this video format. You should be able to view it in Chrome, Safari or Internet Explorer.